The M6toll is a free-flowing route in and around Birmingham that you can depend on, whether you’re driving long distance or heading in to the heart of the midlands around Cannock, Burntwood, Walsall, Tamworth, Lichfield and Sutton Coldfield. It is also the quickest route to some of the region’s most popular destinations, such as the NEC, Birmingham Airport, the Belfry, Drayton Manor, the Snowdome and Resorts World.

This summer, M6toll is sponsoring LoveBrum’s community round of funding, which will see the charity showcase three incredible projects that work in Birmingham, supporting local communities and people in need of support and advice.

M6toll joined LoveBrum as a Patron in 2018 with a £10,000 donation from its Drive for Charity initiative, which has given away more than £1 million to good causes since the toll road opened in 2003. 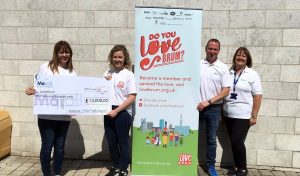 In the first few months of supporting LoveBrum, M6toll jumped at the chance to get involved with the charity’s annual Bags for Brummies campaign by sponsoring the bags that would be donated to Birmingham’s homeless at Christmas. The team also supported by volunteering to help pack the bags with essential items ahead of being given out. 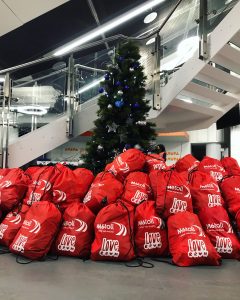 “We are proud to be an important part of the region’s strategic infrastructure. Our commitment to economic growth and the welfare of local communities doesn’t end when people drive through the M6toll booths. That is why we are delighted to support LoveBrum as part of our Drive for Charity campaign. Like us, LoveBrum champions grassroots organisations that make a genuine difference to the lives of local people.”

Becoming a patron of LoveBrum sustains the day-to-day running of our charity and, in return, we position your business at the forefront of our charity. If your organisation would like to sponsor a month and join LoveBrum’s impressive, and growing, list of Patrons, contact us on 0121 270 5274 or hello@lovebrum.org.uk.