Why I Ran for LoveBrum

Why I Ran for LoveBrum

I seem to be unable to resist the chance to run around the streets of Birmingham each October, this being the fifth year in a row I’ve run either the half or the full marathon. Despite my love of the city, it never gets any easier and by the end of each run I’m ready to throw my trainers in the nearest canal. 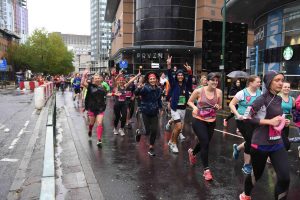 It’s long been my belief that one of Birmingham’s greatest assets is its people, and the treacherous conditions of the Simplyhealth Great Run Birmingham Half Marathon 2018 showcased this perfectly. Thousands of heroes turned up in the freezing, unrelenting rain to run 13.1 miles for charity with hardly a whisper of complaint. Hundreds of heroes turned up with their umbrellas and anoraks, ready to cheer on loved ones and strangers alike. Children were eager to give out their last jelly baby, shopkeepers were freely giving out bottles of water and the spirit of the day was so accurately summed up by one elderly gentleman at Mile 11 shouting “keep going, we’re all behind you.” Whoever you are Sir, thank you, your words helped me make it round.

For those 13.1 miles, nothing divides us. Age, ethnic origin, religion, wealth, job role, political views; they do not matter. All runners just want to make it to that finish line, and all supporters just want you to get there.

So why did I run 13.1 miles for LoveBrum? Because in the same way, LoveBrum tries to remove divisions that can so easily emerge. They delve into pockets of the city that need the engagement of the whole, giving a voice to those unsung heroes and absolutely deserving causes.

I was only one very small part of a hugely successful LoveBrum team, just as each cause supported by LoveBrum plays a small part in Birmingham, helping collectively to make the city exactly what it is. 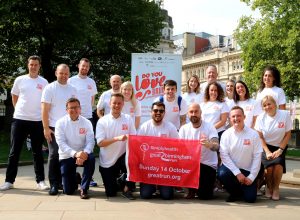 You can register your interest NOW by contacting us at fundraising@lovebrum.org.uk.